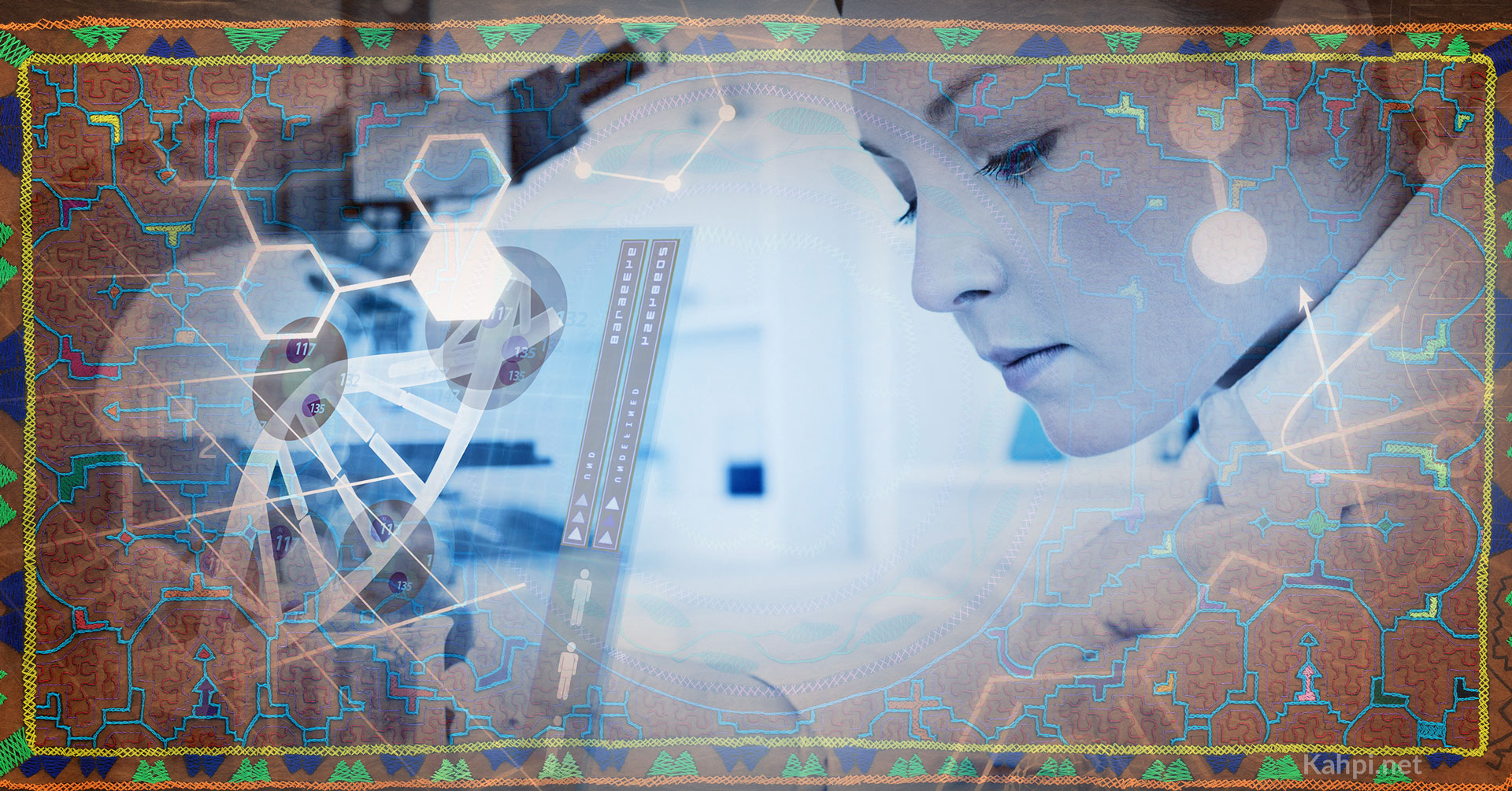 Dr Joe Tafur's book “The Fellowship of the River" represents a unique account of traditional Amazonian plant healing. Now the Spanish translation of his paradigm shaking text is poised to invoke a greater connection across continents and cultures.

There is still not enough dialogue between academic scholars and traditional men and women of knowledge. Unfortunately, remnants of Spanish colonialism still linger in the Latin-American consciousness, including a shame and prejudice over Indigenous roots. It is my belief that Latin America should take pride in its powerful Indigenous knowledge, which, of course, includes the practice of Traditional Amazonian Plant Medicine.

—Excerpt from The Fellowship of the River: A Medical Doctor’s Exploration into Traditional Amazonian Plant Medicine

I am very pleased to be presenting the Spanish version of my book The Fellowship of the River at the 2019 World Ayahuasca Conference in Girona, Spain. For me, it is a dream come true. The Spanish version is called La Llamada del Rio: El viaje de un médico occidental a través de la medicina tradicional de plantas del Amazonas. The English play-on-words with the term “fellowship” does not translate well into Spanish, and so we changed the title to La Llamada del Rio, The River Calling.

It is in fact the story of my calling to spiritual healing. The story of how I, a Colombian-American medical doctor, became enchanted with the healing potential of ayahuasca shamanism and Amazonian plant medicine. So much so, that I ended up moving to the Peruvian Amazon to help found and run a healing center called Nihue Rao Centro Espiritual. There I trained in Shipibo curanderismo and ayahuasca ceremony under maestro Ricardo Amaringo.

In the foreword to the book, Dr. Gabor Maté writes:

Dr Tafur’s book serves a triple function: a fascinating personal history of shamanic self-discovery, a compendium of convincing case histories of the plant’s healing potential, and an informed scientific meditation on how this jungle vine and related plants can, under shamanic guidance, result in the astonishing physical, emotional, and spiritual transformations he has witnessed, as have I, in our work with the madre—‘the mother,’ as the vine is called in the Amazon basin.

The book is ultimately about what I learned from the plants and the people of the Amazon rainforest. I describe the process of my traditional education, years of observing and studying Indigenous healing techniques, participating in the treatment of primarily Western seekers. This education exposed me to the profound nature of spiritual healing. Building upon my allopathic training, La Llamada del Rio illuminated the intersection between biology, emotion, and spirituality. I learned that spiritual well-being is reflected in emotional health and associated physiology. This is where shamanism meets allopathic medicine. Now, thanks to the far-reaching Spanish language, I can share my theories more directly with Indigenous wisdom-keepers and their compatriots.

Years ago, I remember coming across an interesting book about Westerners exploring ayahuasca shamanism (one of the many English titles). Around that time, I had the good fortune of meeting Juan Flores, an Ashaninka curandero featured in this particular book. As an Indigenous Peruvian shaman and a dedicated healer, he was pleased to see someone writing about his work. However, he was also frustrated over the project. The book was not available in Spanish.

Ironically, the work of Indigenous Amazonian shamans, which gave rise to what has now become the World Ayahuasca Conference in Europe, is often overlooked in South America. Juan Flores asked me to contact the author and publisher, in order to ask them if they would consider a Spanish version for distribution in Peru. He told me, that for him, this would be the equivalent of the Peruvian soccer team scoring a goal at the World Cup (which, incidentally, happened last year, ending a 36-year drought). The book’s author was also interested and reached out to the publisher. The publisher refused, concerned that the Spanish-speaking market would not be sufficient.

After witnessing this rejected opportunity, I vowed that if I ever wrote a book about my experiences in the Amazon, I would self-publish, period. I would protect my dream and maintain control over any potential translation. Over a period of years and with the help of many, many people, in 2017 I completed my book. In March of that year, I self-published the Fellowship of the River. Sometime later, I ended up speaking to a few American publishers about the project. Concerning a Spanish translation, I was told that negotiating foreign rights as a self-published author would be, at best, extremely difficult.

Fortunately, I had some help. Working for years in ayahuasca ceremony at a Peruvian healing center, I had crossed paths with quite a number of independent thinkers from all over the planet. Among them was a woman who was very grateful for the healing she had received, grateful in particular to the plants and people of the Amazon rainforest. She introduced me to her close friend, a literary agent who had worked with self-published authors and who was also inspired by the world of Amazonian healing.

During that same period of time, I had worked with my cousin, author/translator Juan Tafur, to produce a Spanish version. Nice to keep it in the family. I am so grateful for Juan’s skill and care. With the help of my new agent, we found Obelisco in Spain, and now I am realizing my dream. At this conference I will be able to share La Llamada del Rio with my teacher, Shipibo healer Ricardo Amaringo. Eventually I will also share it with his Shipibo colleagues in Peru and their families. I will share it with my Peruvian friend who studies psychology at the university in Iquitos and her colleagues, with my family in Colombia, with medical doctors and psychiatrists, and with the many healers I have met in my travels. Last, but not least, I will be able to share La Llamada del Rio with the people of Spain.

Like many Latin-Americans, I am a mestizo. According to my DNA analysis, I am a mix of several bloodlines, but most of all I am of Spanish and Indigenous Colombian descent. This conference will be my first visit to Spain. I hope to learn something more about my Spanish roots and plan to visit a few of my relatives who have drifted back to the Old World.

Most of all, though, I am traveling to Spain to ask for the help of the Spaniards, my long-lost cousins. Your cousin is a mestizo, and hence, your cousins are also Indigenous, as are their cousins, and we are all one big family. Please, family, help me; help me show Latin America and our Indigenous community what I have seen. Native healers are scoring goals on the global scene, but for some reason, across the pond, it hasn’t quite made the news. Help me to celebrate our culture. Help me to remind as many people as we can that Indigenous wisdom is still kicking and still has so much to teach.

Joseph Raphael Tafur Palomares, MD
Dr. Joe Tafur, MD, is a Colombian-American family physician originally from Phoenix, Arizona. After completing his family medicine training at UCLA, Dr. Tafur spent two years in academic research at the UCSD Department of Psychiatry in a lab focused on mind-body medicine. After his research fellowship, over a period of six years, he lived and worked in the Peruvian Amazon at the traditional healing center Nihue Rao Centro Espiritual. There he worked closely with master Shipibo healer Ricardo Amaringo and trained in ayahuasca shamanism. In his new book “The Fellowship of the River: A Medical Doctor’s Exploration into Traditional Amazonian Plant Medicine,” through a series of stories, Dr. Tafur shares his unique experience and integrative medical theories. He is now focused on his work with Modern Spirit and the Modern Spirit Epigenetics Project, a groundbreaking investigation currently being conducted in collaboration with Dr. Rael Cahn MD PhD at the University of Southern California Dept. of Psychiatry and the Multidisciplinary Association of Psychedelic Studies (MAPS).

Dr. Joe Tafur, MD, is a Colombian-American family physician originally from Phoenix, Arizona. After completing his family medicine training at UCLA, Dr. Tafur spent two years in academic research at the UCSD Department of Psychiatry in a lab focused on mind-body medicine...