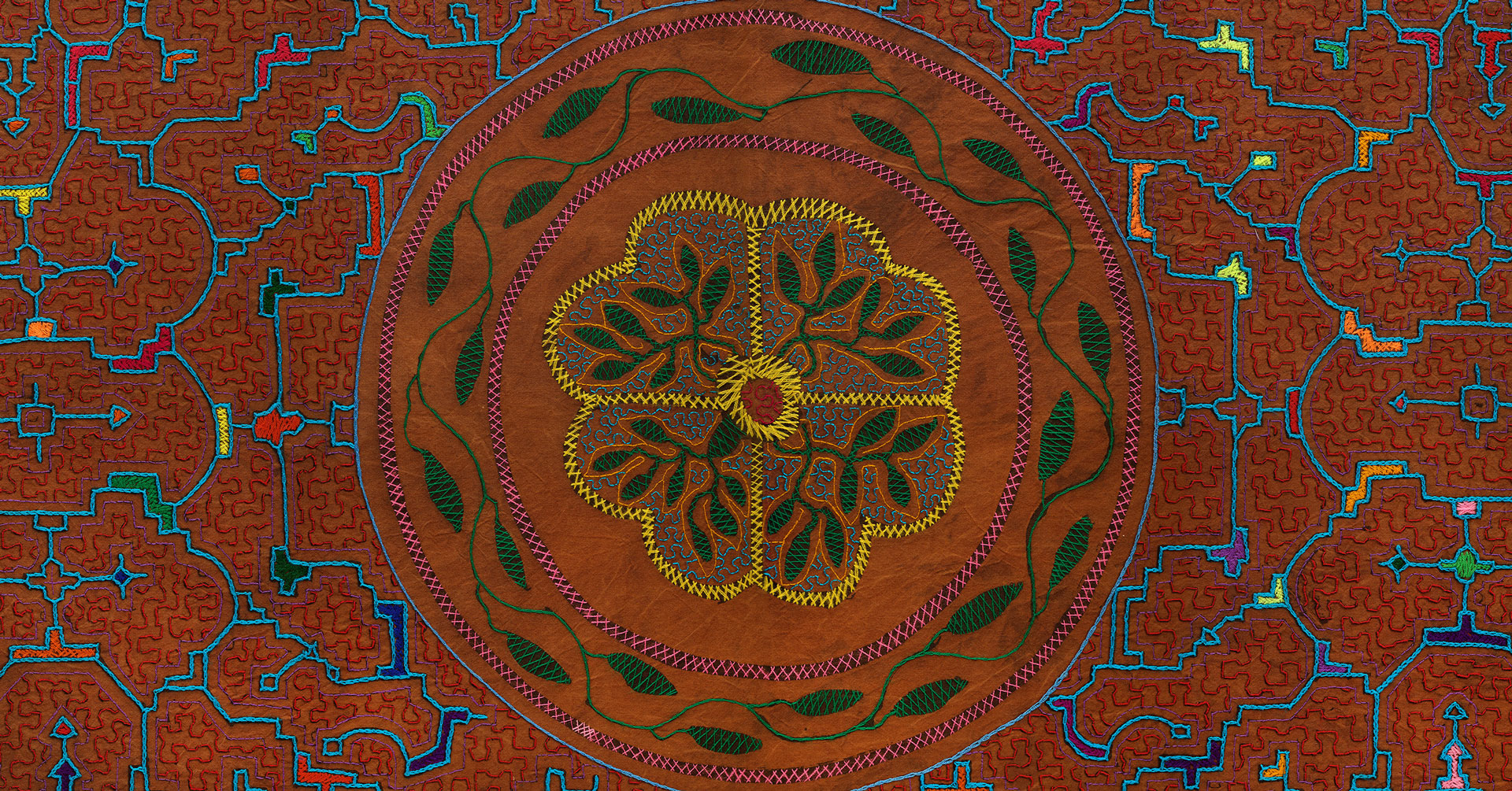 Ridiculed, scorned, or deliberately ignored, the truth about anything is quirky and awkward when it first emerges. Germinating at the margins of familiarity, the seeds of truth are anomalous occurrences. Out of context—like invasive weeds that do not belong in the well-established terrains of cultural consensus—these anomalies become especially troublesome when they gather to the point that they can no longer be ignored. Then they pose a serious threat, that of undermining the confidence of the existing field, as their blossoming opens the mind into completely uncharted realities and extraordinary possibilities. Beware—these flowers are not for picking! Each belonging to itself alone, the knowledge they carry can never be taken, only gifted. The knowledge they gift can never be owned, only shared. Respectfully. In the end, all knowledge is only ever borrowed.

Back in the Peruvian Jungle, Don M had learned how to diagnose and treat his patients from the knowledge that more than one hundred Amazonian plants had gifted him. He had done his first dieta with his grandfather when he was just a boy. After a few dietas with various maestros, the time had come for him to start dieting alone. During one of these solo dietas in the middle of the jungle, the spirits of the plants had called him by name and gifted him with dreams, visions, and, of course, their precious medicine songs (icaros). These icaros are whistled or sung by the shaman during ceremonial or curative rituals to deliver the required medicine, depending on the needs and conditions of the patients. During my visit, Don M explained that each plant has its own song and its own language to sing it. “Some sing in Shipibo,” Don M said, “others sing in Quechua, like Mama Coca—the coca plant.” And some sing in “other ways”—and he was able to sing these songs during ceremonies even if the language was unknown to him (or simply other-than-human).

For thousands of years, indigenous healers, witchdoctors, and shamans around the world have been learning the songs of plants.

As I had experienced myself, these songs are not metaphors but tangible gestures of a plant’s fondness to communicate and relate to the human through kinship. They are a blessing that grants the human person access to the enriching powers of the plant person, an invaluable gift generously entrusted to the heart of the shaman as the keeper of knowledge. And for thousands of years, indigenous healers, witchdoctors, and shamans around the world have been learning the songs of plants as a way of communicating with these other-than-human persons and acknowledging them as the guarantors of human existence, the true philanthropists of the world. A relationship built on this premise can only engender a deep sense of gratitude and humbleness that awakens our role as custodians with a duty of care and respect toward these other beings and the vital knowledge they enrich us with.

Without idealizing them unnecessarily, it is fair to say that many indigenous cultures have maintained strong traditional systems of custodianship over these relationships to safeguard their knowledge and uphold the associated responsibilities for their use. It is quite the opposite in contemporary Western society, where the lack of appreciation for the preciousness of our relationship with these vegetal others has promoted a destructive attitude that fails to recognize both our absolute dependence on these relationships and our obligation to protect, nurture, and care for them. In this state of neglect and disregard, the cultural construction of plants as objects becomes an indispensable distortion—wheat, oats, and barley are reduced to slavery as crops on production lines and eucalyptus and pine trees tamed and confined in plantation camps, often far away from home, while the unruliness of a natural rainforest is burned or bulldozed to be deplorably eradicated—to support our utilitarian exploitation and monopolization of these vegetal beings as “resources” and to justify our misappropriation and misuse of the knowledge they have brought to humanity.

What if the claims of traditional knowledge were indeed put to the test and these “beliefs” substantiated by a Western scientific model?

At its worst, this disconnection reveals one of the many faces of colonialism: the capitalist agro-scientific psychosis whereby plants are seen as commodities to be taken without sanction and the wealth of traditional knowledge regarding them is used without permission. Illogical and offensive, the first order of business of scientific colonialism—also known as biopiracy or bioprospecting, for a more politically correct designation of the same—is to devalue plants and the traditional knowledge of them. By disregarding both the physical and the spiritual personhood of plants and depreciating the traditional knowledge held by indigenous and local communities about them, the scientific colonizers are busy convincing everyone that whatever product they have to offer is superior—better than the unsubstantiated and fanciful belief system preserved as traditional knowledge and certainly wiser than the spiritual pretexts that that system has concocted to prevent its knowledge claims from being scrutinized according to the Western scientific model. Then, with a satisfied grin of entitlement, the international trade organizations and multinational groups engaged in these colonialist assaults proceed to claim ownership over those who are not for sale, patenting and trademarking those who are not theirs for branding. What if the claims of traditional knowledge were indeed put to the test and these “beliefs” substantiated by a Western scientific model? And, more to the point, would the “truth” emerging at the interface between these two bodies of knowledge have the power to change the notion of ownership to one of custodianship?

In the middle of the Peruvian jungle, the Amazonian plants had spoken to me through numinous dreams and visions, telekinetic conversations and songs. As they had done for millennia, they had taught me of their role in supporting the physical, psycho-emotional, and spiritual growth of humanity at the individual, community, and planetary level. This understanding of plant-human communication is yet to fully breach the fortified walls of academia. 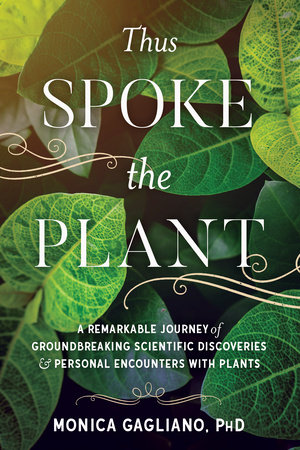 This article is an excerpt from the book Thus Spoke the Plant: A remarkable journey of groundbreaking scientific discoveries and personal encounters with plants. By Monica Gagliano, Ph.D.

© 2018 North Atlantic Books, shared with permission from the publisher. 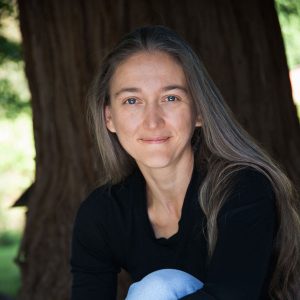 Monica Gagliano, PhD
Monica Gagliano, PhD, is Research Associate Professor of Evolutionary Ecology at the Centre of Evolutionary Biology at the University of Western Australia, a Research Affiliate at the Sydney Environment Institute at the University of Sydney, and former Fellow of the Australian Research Council. She is the author of numerous scientific articles in the fields of animal and plant behavioral and evolutionary ecology, and is the co-editor of The Green Thread: Dialogues with the Vegetal World (Lexington Books, 2015) and The Language of Plants: Science, Philosophy and Literature (Minnesota University Press, 2017). Her work has extended the concept of cognition (including perception, learning processes, memory and consciousness) in plants. Gagliano has pioneered the brand-new research field of plant bioacoustics, for the first time experimentally demonstrating that plants emit their own 'voices' and, moreover, detect and respond to the sounds of their environments.