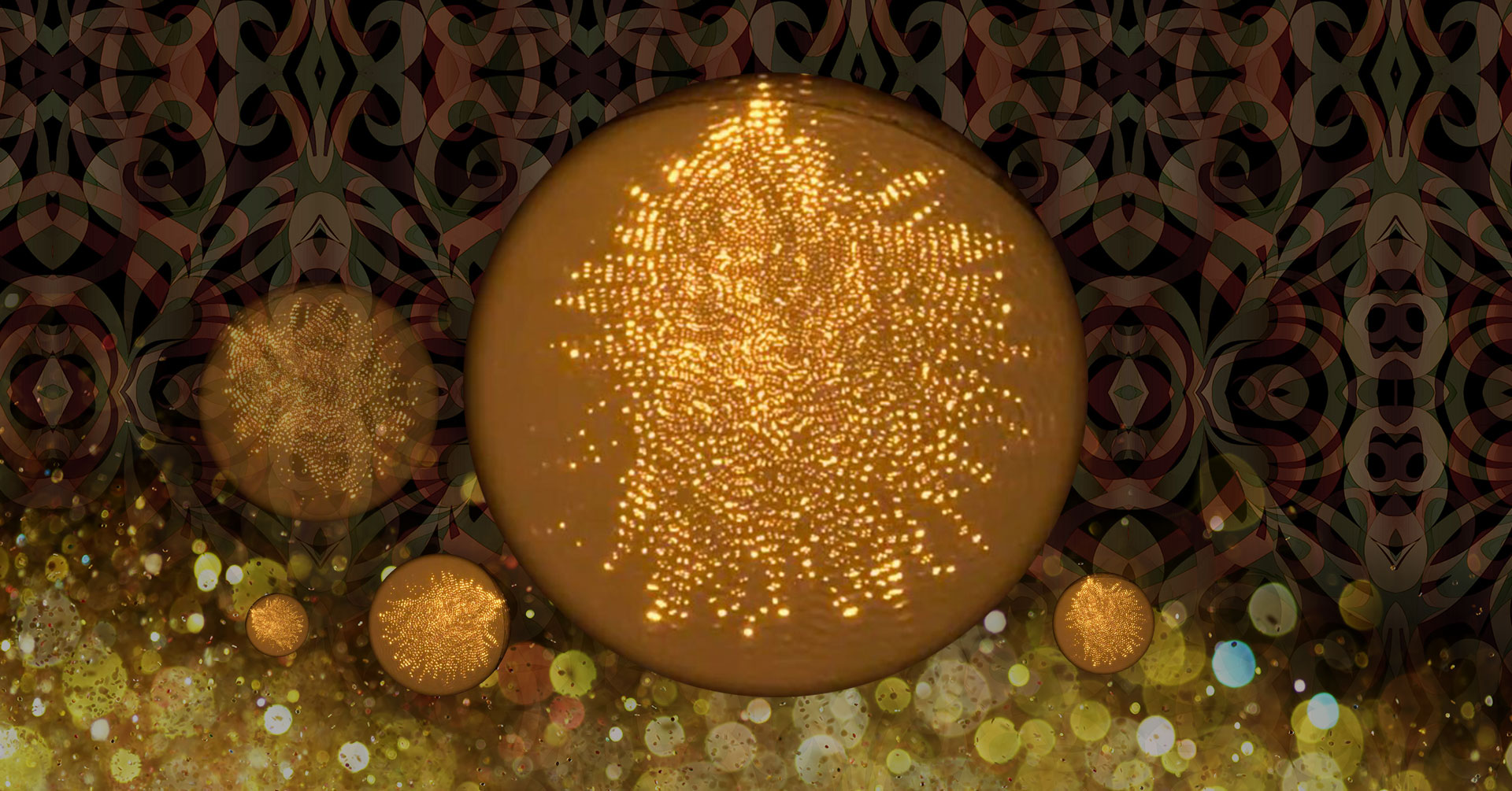 In this multidimensional artwork, Naziha Mestaoui teams up with shaman Ibã Huni Kuin to convert his songs into ocular vibrations.

Mestaoui uses cymatics, the science of how sound generates shapes in physical matter, as a way to make the shamanic songs of the Huni Kuin—visible.

Naziha Mestaoui has always been fascinated by the invisible. She devoted years to reading everything she could about quantum physics as a way to understand the nature of reality. She was fascinated by how time, as we know it, doesn’t exist on the quantum scale and she made acclaimed contemporary art exploring this idea. She and her collaborator Yacine Ait Kaci, known as Electronic Shadow, have been shown at MOMA in New York, Centre Georges Pompidou in Paris, and the Contemporary Art Biennale in Sevilla, among other prominent institutions.

But like many artists, Mestaoui eventually felt it was time for her work to evolve. In her case, she felt her work was “too cold and cerebral,” too centered on what she’d learned from books and mathematical equations. How could she actually experience, Mestaoui wondered, another way of perceiving reality?

Then, by luck, in 2011 she was invited to attend a dialogue between 12 different Amazonian tribes seeking to form a coalition. There, she befriended Iban, a shaman in the Huni Kuin tribe on the border of Brazil and Peru. She began what’s blossomed into a years-long artist residency and collaboration with the tribe on their land, a five-day journey from where she lives in Paris. In her installation Sounds of Light, she explores all the themes that first brought her to this place she now considers a second home. Mestaoui uses cymatics, the science of how sound generates shapes in physical matter, as a way to make the invisible—the sacred shamanic songs of the Huni Kuin—visible.

For the piece, she recorded Iban, who is a third-generation guardian of these songs, singing. She uses the vibrations from the recording to make patterns on water in a clear bowl. These patterns, which are created live on the water while the songs are playing, are also what’s happening in the human body when we sing and hear these songs, she says, as 80 percent of the human body is water. In addition to these vibrations, the shaman’s brain activity while singing, which Mestaoui also recorded, can be seen projected on the surface of the water. It’s a way, she says, for people to see his emotions while he engages in this sacred work.

Through participating in rituals, ayahuasca and otherwise, with the Huni Kuin, Mestaoui got what she was looking for: the opportunity to experience different realities. Now, in addition to her fascination, she’s driven by her desire to instill reverence for indigenous knowledge and beliefs. “The reality the Huni Kuni live in is immaterial: dreams are very important, they have a very strong relationship with nature, but nature is not something material, it’s mostly made up of spirits,” she tells DoubleBlind. “Shamanic songs are a way to communicate with the world of spirits.”

Thus, through Sounds of Light, Mestaoui believes she is not only making the invisible vibrations of music visible, but bridging this reality, as we understand it, with an immaterial one of spirits. And that, she says, brings her back in the most beautiful way to quantum physics, where she first became fascinated by the power of art to reconcile our various realities. 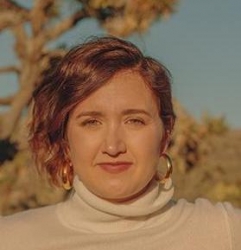 Shelby Hartman is Editor-in-Chief of DoubleBlind, a newly launched magazine magazine on psychedelics. She has reported on psychedelics and plant medicine for VICE, Rolling Stone, Quartz, and Chacruna, among others.