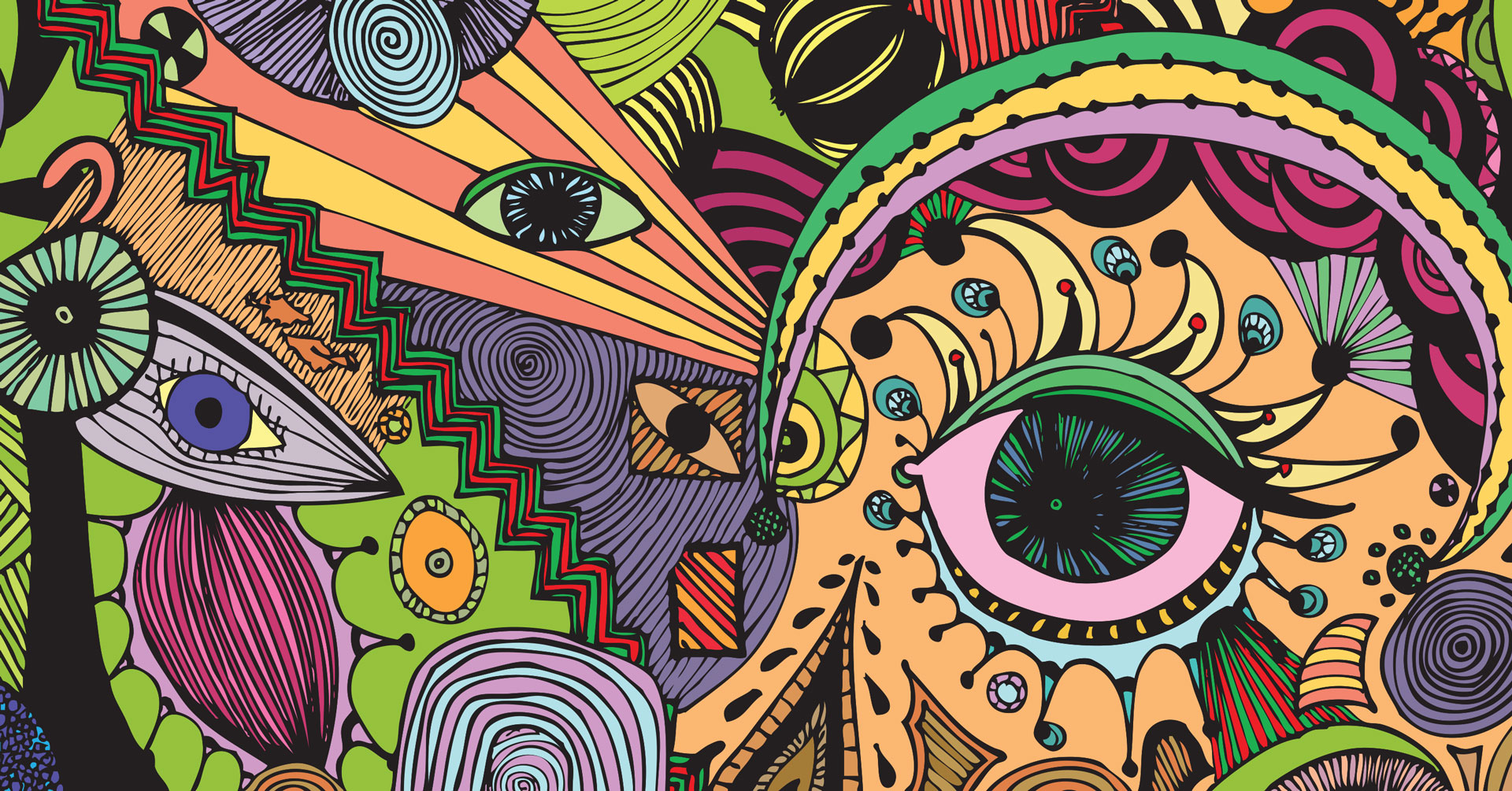 Machine elves, praying mantises, alien doctors, and other weird psychedelic beings are notoriously difficult to wrap your mind around. Author Erik Davis offers a lucid excursion into thinking far beyond the ordinary.

Nick Sand has two essays about DMT that he published pseudonymously in The Entheogen Review. He’s done DMT thousands of times, and he’s a very interesting character, which really comes through. He offers a mixture of psychedelic anti-authoritarianism and spirituality in his descriptions of his experiences. The article itself was motivated by reading an early chapter from Strassman’s book. It annoyed him, because he was reading these accounts about alien doctors doing probes and all of these abduction scenarios, and he was like, “Look, this is just because you’re doing this in a lab, you have doctors around, there’s a hidden agenda, and so this is kind of ridiculous.” His argument was basically that the setting was all wrong and that participants were in some sense setting themselves up for a bad construction. Instead, Nick argues, we should be in temples, we should have incense, and we should have sound.

But the question of construction does not go away. It’s not like it’s only a construction when it’s bad, like a bad trip is bad because the setting is wrong, but good trips are true and real. If set and setting are partly composing the thing, then when you set up a holier space, that’s also making the thing. Not all of it, maybe, but a lot of it. So the sacred emerges not because it’s all holy coming down on us. It’s that through our art and intention we are building the holy space, building the sacred context, and setting ourselves up for meaning.

One of the problems when we try to bring our modern, science-shaped mind together with this other world—let’s call it the spiritual world—is that there are certain habits of thought that go along with the sciences that we bring along almost unconsciously with us as we go into this other domain. One habit is a kind of literalism, a reductive drive toward finding a singular explanatory key. This is tied up with a very dualistic sense of ontology, of what’s real versus what’s not real. From a basic scientific perspective, we might say that nature is real, and the material universe is what’s really real.

And then there are our minds, which are projecting onto this landscape and creating cultural stories about these natural facts. Then we bring this perspective, this ontological template, into these other dimensions. We bring these habits of literalizing and dividing experiences into real and false with us as we think about radical visionary experience because we’re carrying over these unconscious habits from scientific culture.

I want to suggest a different perspective. It’s rooted in what you might call a kind of existential or ontological pluralism. On some level, all I really know is my experience, and all I see is different ways of being, fundamentally different ways of being that share and interface in this messy multiplicity before me. I don’t see the place where they all fit together; I don’t see the place where there’s only one kind of way to be. Take fictional characters, for example. We all know who Sherlock Holmes is; there’s a certain consistency to him that almost veers into the real. In fact, part of the consistency of the character is that people—fans, writers, and gamers—play a game with his reality. H. P. Lovecraft fans will also know what I’m talking about in terms of this metafictional play with reality.

Fictions have a certain consistency to them, and so do values, like valor. Is valor real or is it just another example of a social construction? Either way, valor has a certain consistency to it. It’s not real like the table, but it’s real in a way that makes a difference. Human laws are another example of how human constructions become more than merely social constructions. Obviously laws are a human creation; we’re making them up through purely human processes such as arguments, politics, lies, hidden agendas, and so on. And yet when a law passes, that law becomes real in a certain way and gains its own sort of consistency. In the words of Bruno Latour, we allow it its own ontological pasture.

So what can we say about these weird beings, what’s specific to them? What is the ontological character, their mode of being? Usually we think either they must be real, at least in some metaphysical sense, or they must be a psychological projection, or a social construction. But there’s something else going on right beneath our noses. In fact, I say that if we’re wrangling about whether these entities are real or are simply projections, we’ve already lost. We have already landed on a well-drawn battlefield where all the moves are already anticipated. So how can we sneak up on the issue or move in a different way? It’s a big question, but one way that I like to think about it is that these visionary entities flicker. They flicker. They’re there, and they’re not there.

They’re veiled. They appear and then disappear both visually and ontologically. That feeling of “do you see it, do you not” seems to be intrinsic to that realm. That’s one of the reasons I believe that figures of tricksters and clowns seem so significant here. Not because the whole carnival of entities can be reduced to tricksters and clowns—there’s obviously a wide range of beings and manners of presentation. There is something about the space itself that has this character of “do you see it or do you not.” Like some shamanic performances, it includes a kind of trick, a kind of prestidigitation.

If the notion of flickering seems a bit too ambiguous, you can also approach this ontological question in a more biological way. Putting aside all this weirdness for a moment, what is one of the most definite things we can say about that person hitting 60 milligrams of DMT on the glass pipe? Well, probably that they’ll be back in half an hour or so. These experiences have a more or less definite metabolic envelope. Whatever these beings are—and again, I am not sure that is the best way to set up the question—we also have to acknowledge that their appearances emerge within that metabolic envelope. The question of the reality of psychedelic states, and with that psychedelic entities, is so intimately bound up with biological processes that we might refer to the entire question as one of metabolic ontology. This idea helps us place the weird flicker of these entities within the context of our bodies and our almost absolute embedding within biophysical processes. That’s just the beginning of an entire line of thought, but I want to leave that there for now.

The article on psychedelic visions is an excerpt from Erik Davis’s chapter “How to Think about Weird Beings” in DMT Dialogues: Encounters with the Spirit Molecule. Edited by David Luke and Rory Spowers.

© 2017 Park Street Press with permission from the publisher Inner Traditions. 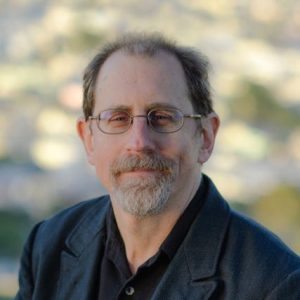 Erik Davis, PhD
Erik Davis is an author, podcaster, award-winning journalist, and popular speaker based in San Francisco. His writings have ranged from rock criticism and cultural analysis to creative explorations of esoteric mysticism and psychedelics. He is author of several books, including “Techgnosis: Myth, Magic and Mysticism in the Age of Information” (Crown, 1998), “The Visionary State: A Journey through California’s Spiritual Landscape” (Chronicle, 2006), “Nomad Codes: Adventures in Modern Esoterica” (Yeti Books, 2010), and the forthcoming tome “High Weirdness: Drugs Esoterica, and Visionary Experience in the Seventies” (MIT, 2019). See more at techgnosis.com.

Erik Davis is an author, podcaster, award-winning journalist, and popular speaker based in San Francisco. His writings have ranged from rock criticism and cultural analysis to creative explorations of esoteric mysticism and psychedelics. He is author of several books...