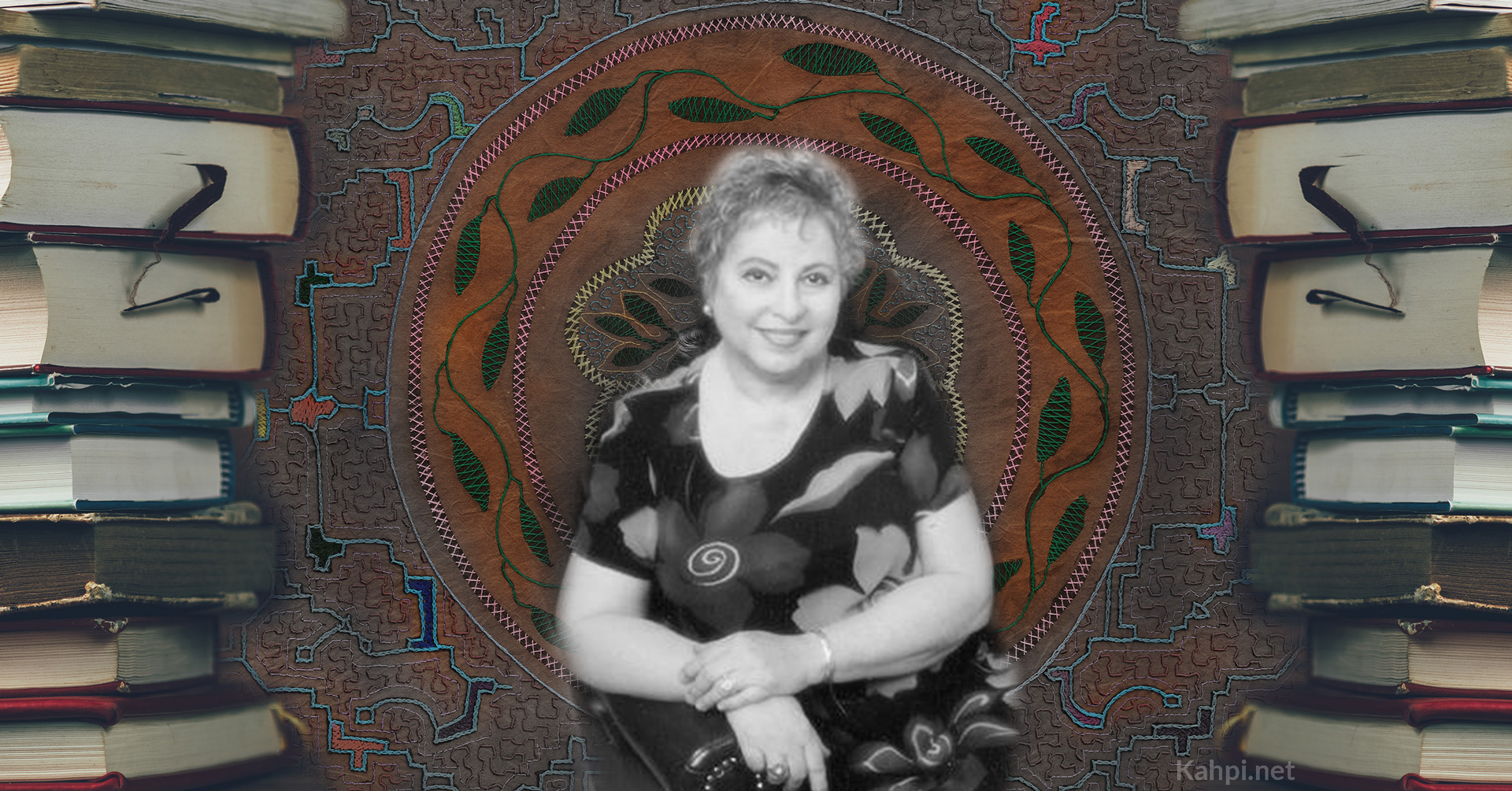 One of the first anthropologists to conduct detailed studies about ayahuasca in Peru, Marlene Dobkin de Rios wrote books and numerous articles on healing, shamanism, ethnopsychology, mysticism, and more.

Born to a conservative family in late 1930s New York when women in science were few and far between and their achievements often suppressed, Dobkin de Rios eventually became a pioneer of cross-cultural research. Her work had a strong anchoring point in the use of psychedelics, both in indigenous Amazonian communities and western societies. She was one of the first anthropologists to study ayahuasca use in detail.

Marlene was born into a Russian Jewish household. Her family had a disdain for any mention of religion or spirituality, and, in all likelihood, she was destined for a conventional career path. She graduated in clinical psychology from Queens College in 1959 and received her MA in anthropology from New York University in 1963. Up until that point, her research was focused on gender issues. She studied the social aspects of purdah (the practice of isolating women from communal existence in certain Muslim and Hindu societies) in Turkey and the effect of French colonial policy on women in West Africa.

After this, she reoriented toward South America, beginning her research on traditional plant medicine used in Peru and prehistoric Mesoamerica. Having taken ayahuasca herself, she recounts the feeling of evolving into the prolific researcher and publisher she would become over the next few years:

I felt like a tap had opened with regard to my writing, and I became very productive.

Her first ayahuasca research was published in the early 1970s and included insights and reports on ayahuasca use in Belen, an urban slum in Iquitos, Peru. It provided a profound, impartial look into communities of destitute mestizo and indigenous populations who had moved to the city environment from rural and remote areas. After losing their primary lifelines–their land and prey—to urbanization, they would seek a new life and employment in Iquitos, sometimes ending up in bad psychological, physiological, and economic states.

Ayahuasca sessions, held by local shamans, proved to be a popular recourse for these suffering individuals. Folk healing was, and still is, a global phenomenon in underdeveloped societies. As Dobkin de Rios herself astutely observed in her first report,

As in many other parts of the world undergoing rapid social change, folk healers tend to have the greatest amount of success in the treatment of socially and emotionally precipitated illness.

So, these down-and-out souls would seek help from ayahuasqueros, folk healers with variable levels of training and experience who would organize curative gatherings in nearby rainforest clearings. Dobkin de Rios spent a year in these communities, recording and analyzing everything from local belief systems associated with the use of ayahuasca for healing psychological problems through its use for witchcraft (brujeria) to its long-term effects on the “clients” throughout her time there.

For her PhD research, Dobkin de Rios produced a brilliant paper on the Maya’s use of psychoactive plants in pre-Classic times, resulting from three years of analysis of the appearance of mushroom, toad, and water lily motifs in Mayan textile art, architecture, and pottery. She hypothesized that psychedelic properties were known to the shamans, priests, and artists, and that they were a present element of life in Pre-Classic times. This marked the first scientific elaboration on the use of Nymphaea ampla (white-flowered water lily) for psychedelic purposes and likely served as subsequent inspiration to “American hippies [who] were wandering around the Yucatan chewing the rhizomes of the water lily” during the late 1960s and early 1970s.

She completed her PhD in 1972 at University of California, Riverside and immediately received tenure at Cal State Fullerton. This was where she had started teaching cultural anthropology three years prior, and where she settled after her time in the Amazon with her husband Yando Rios, the son of a Peruvian healer, Don Hilde.

As she was preparing her dissertation, Dobkin de Rios published her first book on ayahuasca, Visionary Vine: Hallucinogenic Healing in the Peruvian Amazon. This work also draws on the data she gathered during her field research in Peru and represents one of the earliest first-hand accounts on the use of plant medicine in this part of the basin. It also offers fascinating and timeless insight into ethnic backgrounds of the indigenous and mestizo locals, the ancient history of the use of psychoactive plants, and a discourse about the differing standpoints on using these substances for healing purposes in North and South America. This book helped spread the word on plant psychedelics and indigenous culture far and wide, establishing Dobkin de Rios as an eminent researcher on the topic. It is used in undergraduate anthropology courses to this day.

Dobkin de Rios continued teaching cultural anthropology at Cal State Fullerton until 2000, when she became a professor emerita. Her life as a researcher and practitioner was one of complete devotion, as demonstrated by her career highlights: she served as president of the Southwestern Anthropological Association (1979–81); she taught transcultural psychiatry to the residents and clinical staff at UC Irvine and counseled trauma victims at their Burn Center; she collaborated with Dr Daniel Feldman on research regarding alcohol use among the Latino population of Orange County; she had a private therapy practice working with low-income Latino immigrant children, adults, and families, whose problems would often revolve around substance abuse; and, of course, throughout her career, she continued writing and published a grand total of eight books and over 40 research papers (while co-authoring dozens more).

Somehow, amid all of this, this superwoman found time for another round of fieldwork, this time in Brazil (1999–2005). She conducted studies with adolescent members of the União do Vegetal Church, who would take ayahuasca as their rite of passage ritual. This research produced numerous papers, and one of the more significant findings of Dobkin de Rios was that those adolescents who had participated in ayahuasca rituals consistently scored considerably lower on measures of anxiety, body dismorphism, and attention problems, despite overall similar psychopathological profiles recorded in both the experimental and control groups. Further, the longer-term adolescent users were found to not differ significantly in moral and ethical values, nor in cognitive abilities from their peers who were not members of UDV.

It seems that this research finally tied some of Marlene’s understandings together. She had observed for decades the stark differences in the contexts of psychotropic substance use in traditional and modern societies. She understood that without competent support and an intention directed toward social integration, as she witnessed in Brazil and Peru, the states of suggestibility caused by drugs might lead to forming detrimental values and continued purposeless use. She also lamented the roots of this yearning for recreational alteration of consciousness in the first place in the Western world where psychedelics are not a core part of social progression.

These quotes from her sum up her thoughts up succinctly:

Among tribal societies for which there is information available, it is known that hallucinogens were used ritually to mark the passage from youth to adulthood. The plants were used for their hyper-suggestible properties, in order to create a state in which the moral and social values of the tribe would be easier to accept and assimilate. The visions or dreams were subsequently interpreted by the elders of the community in a way that agreed with the specific beliefs and values of the society—which reinforced in the young ideals of society to make them more fit to survive in their culture. In this way, cohesion of the group was achieved as the result of the intoxication experience.
In the West, individualism is an undisputed value. Since the end of World War II, the empty self has emerged among the US middle classes, with the breakdown of family, community, and tradition. Alienation, fragmentation, and a sense of confusion and meaninglessness pervade Western society, which particularly affects young people. There is a compulsion to fill up this emptiness, reflected in various ailments of our society: eating disorders, consumers’ buying sprees, and the perceived need for mind-altering substances.

These words come from one of Dobkin de Rios’ last works—A Hallucinogenic Tea, Laced With Controversy. Ayahuasca in the Amazon and the United States. This book is as sobering a read as they come. With bold directness and informative insight, it documents the understandings gathered during decades of anthropological observation of the dynamic development of ayahuasca tourism, the UDV’s battle for the medicine’s sacramental status in the US and its purported future as a projection of the trend of its globalization.

Marlene Dobkin de Rios’ fascinating career in academia took an early turn toward investigating the profound role that psychedelic plants have played in shaping the art, medicine, and conceptualizations of the world and the universe of the societies that used them. She continued to research and write almost until her last days (a solid part of her bibliography can be found here), which she spent peacefully until her passing in Placentia, California, on November 10, 2012.

To learn more about her remarkable life and work, I encourage you to read the book The Psychedelic Journey of Marlene Dobkin de Rios: 45 Years with Shamans, Ayahuasqueros, and Ethnobotanists for the ultimate window onto a life overflowing with research and realizations about psychedelic medicine culture, spirituality, and beyond.