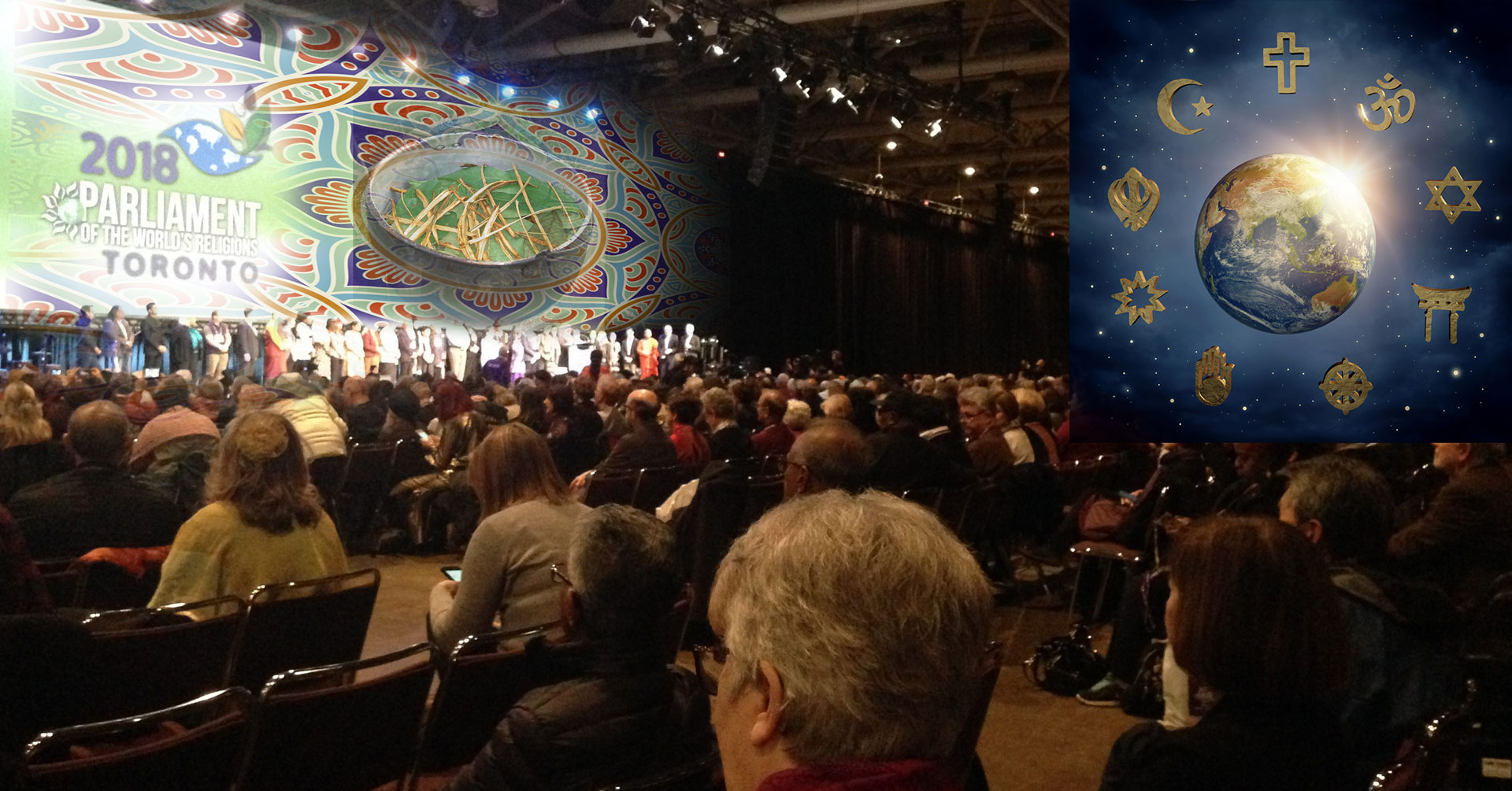 Members of different ayahuasca traditions from Peru, Brazil, and Colombia met with representatives of the world's religions in Toronto, Canada.

In November 2018, around seven thousand people from over 200 religions and spiritual traditions gathered in Toronto for the Parliament of the World’s Religions. Standing on the main stage to a captive audience, Elena Valeria Vasquez, a Shipibo ayahuasca healer from Peru, sung a beautiful traditional song (you can hear it in a video below). She joined the conference with a diverse group of ayahuasca representatives from across South America and abroad.

Since its inception over 120 years ago, the Parliament of the World’s Religions had never hosted any indigenous peoples from the Amazon rainforest. The Toronto meeting was a remarkable moment in the history of ayahuasca. The first real encounter between native ayahuasca traditions and world religions happened during the early 17th century when Jesuit and Franciscan missionaries moved to the great rivers of Amazonia. Their goal was to “save” the so-called “savages” by converting them to Christianity and, in the area of the Maynas missions where ayahuasca tourism is booming today, they employed a mix of brutal terror and trade. As historian Ann Golub noted, the missionaries of Maynas viewed any beliefs that did not align with the Christian doctrine as “the handiwork of the devil”, and they had “few qualms about resorting to physical violence to force the Indians to accept their vision of the world”. World religions have historically viewed indigenous spirituality in less than dignified ways.

But thankfully we now live in the 21st century and tolerance has become a force on the world’s stage of religious diversity. Things may have come a long way since the Christian missionaries of 17th century Peru, but there are still many challenges for ayahuasca today. The brew is classified as illegal in most parts of the world and ayahuasca healers and patients have fallen victim to the justice system as a result. The Parliament meeting in Toronto gave an important voice to ayahuasca and the people who use it.