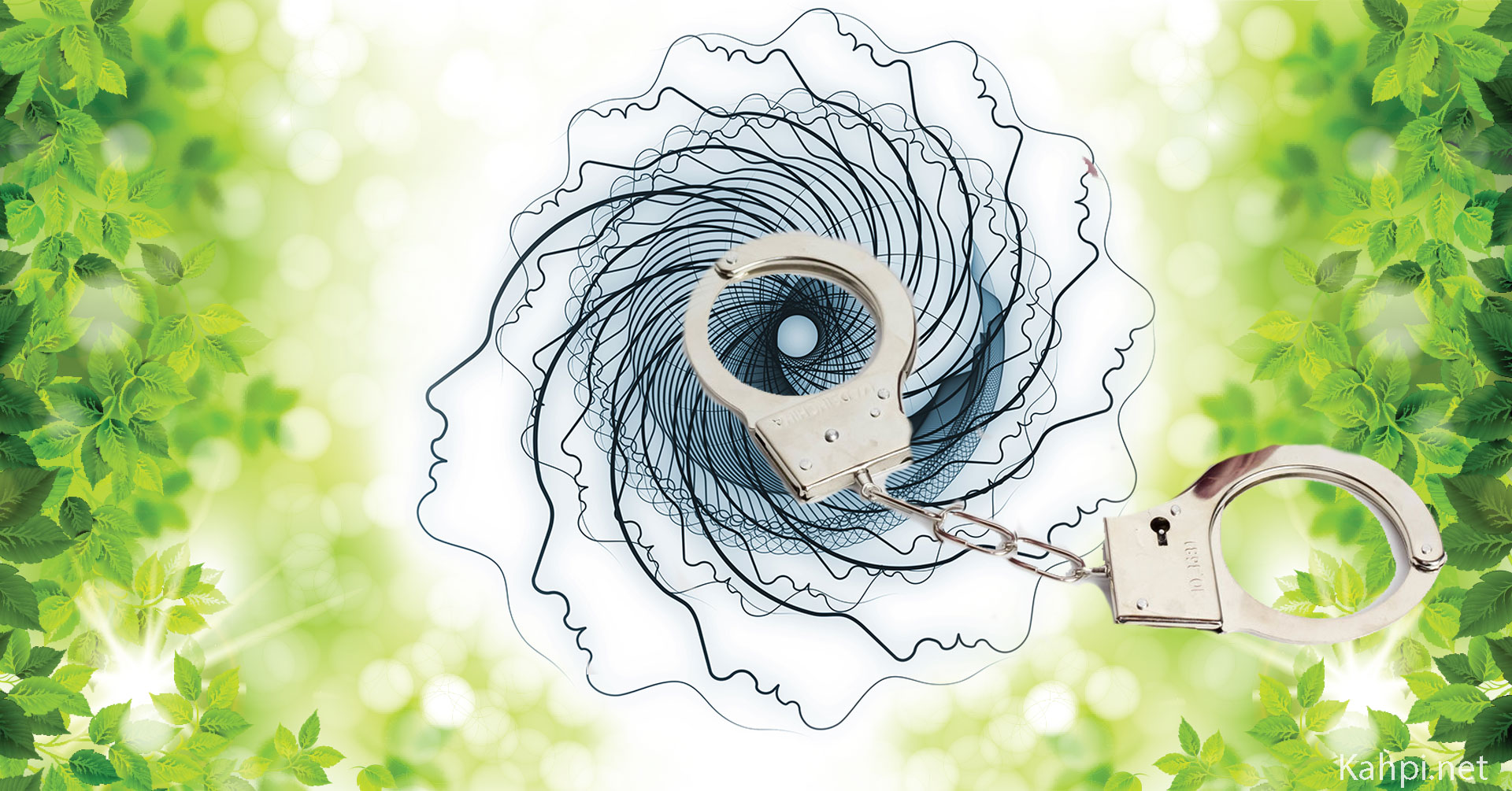 Psychotherapist Tal Arnon describes how bringing ayahuasca ceremonies to Israel got her and others arrested, and how a large international community united to defend their freedom.

I am 45 years old, live in Israel, and am a psychotherapist in private practice. I also teach other therapists to combine shamanic work with modern psychotherpy.

At the age of 27, after completing my undergraduate degree from Tel Aviv University in art and philosophy, my uncle invited me to move to San Francisco. I was geeky and very quiet, but I said yes for the adventure.

I wanted to research how ayahuasca could help with PTSD in Israel.

After a few years, I decided to go back to school for a masters degree in somatic psycotherapy at the California Institute of Integral Studies (CIIS) so I could become a therapist. I also began traveling to Peru to do dietas in the jungle. After five years of ceremonies, a friend of mine asked me to help him conduct a ceremony. That began a period of intense training with ayahuasca. While getting my shamanic training in Peru, I continued my education by entering the PhD program in East-West Psychology at CIIS. I wanted to research how ayahuasca could help with PTSD in Israel.

In 2014, I was asked to bring my work to Israel. I saw the potential of conducting ceremonies for Jews and Arabs, so I invited my Peruvian teacher to visit Israel. A week before he was to arrive in January 2015, eight people were arrested by the Israeli police. Six were released after a week in jail. I and another women spent more then two weeks in jail and then were under house arrest for a month. We were charged with importing illegal drugs, organizing ceremonies, and conspiracy. We faced a long trial and five to ten years in prison. I realized right from the beginning that I would need International help because lawyers in Israel did not know anything about ayahuasca.

One of the first things that happened after I got home from jail was a Zoom conference call with the International Center for Ethnobotanical Education, Research and Service (ICEERS) director Benjamine De Loenen; Law, Policy & Human Rights Director Constanza Sanchez; and Ayahuasca Defense Fund steering committee member Jeffery Bronfman. I will never forget this call, as they all were very positive that I would be okay, that I was in good hands. I remember Ben’s tone of voice, very calm and clear. Jeffery said that I needed to find a good lawyer and would need to find an Israeli doctor willing to help us; it was not enough to bring expert doctors from abroad.

The next thing that happened was that the Multidisciplinary Association for Psychedelic Studies helped us raise money for the case. We hired one of the best criminal lawyers in Israel who knew nothing about ayahuasca but was willing to read extensively about it and, most importantly, was willing to cooperate with ICEERS.

At that point, I started to have regular phone calls with my lawyer, Constanza, and Jeffery. I remember very clearly Jeffery telling my lawyer not to worry—that for every argument the prosecutor might use, we had three experts who would testify differently and that he had total support from ICEERS for anything else we needed, including his coming to give testimony at the trial.

My lawyer told me that he had never seen such a professional organization as ICEERS. He was impressed with the strategic and scientific support of ICEERS’ experts and the participation of numerous medical doctors, chemists, and pharmacologists, some of whom were willing to testify for us.

It took six months, but a miracle happened. We have a beautiful community of people in Israel, and they organized a gathering of 300 people who came to support us and pray together that we would come out safe from the trial. A week later, we found Dr Arturo Lerner, a psychiatrist specializing in addictions and a department director at the Lev Hasharon-Pardesiya Mental Health Center. He had known about ayahuasca for 30 years and was willing to help us write a report to the court and give testimony that ayahuasca was not a dangerous drug. I also found Dr Nader Botto, a cardiologist who had written books about the subject who agreed to submit a report and testify on our behalf.

Dr Lerner flew to Barcelona, met with Ben, got all the information he needed, and from that time started to speak about ayahuasca in conferences in Israel to educate doctors about the benefit of this sacred medicine. Dr Botto is now working on a program to prove that ayahuasca can help mental health patients.

From the very beginning of this case, I felt safe and protected. One day in jail, the spirit of Mahatma Gandi appeared to me and said, “Tal, don’t fear this. Throughout history people who carry the message of peace have been jailed. To be a pioneer is not easy, and to educate our system to move out of the old ways into new consciousness takes patience.”

We got support from all over. Doctors, experts, and even my PhD professors were willing to come and testify.

Also I had the feeling that there was a bigger reason for this case, that it was one of many for the spirit of Aya to be recognized in the mainstream, as if she were using legal cases to educate people about her power.

We got support from all over. Doctors, experts, and even my PhD professors were willing to come and testify. When the trial started and the people who were supposed to be in the ceremony gave their testimony on how ayahuasca changed their life for the better, you could see the judge beginning to shift his attitude. He went from “this is a dangerous drug” and “how the hell did these two ordinary women get involved in this case,” to a state of transformation, to asking “is this medicine a therapeutic tool?”

Just before the fifth court session started, the judge took my lawyers and the prosecutor to the back room and said, “I would like this sad story to end right now without a long trial and with a fine and six months of community service.” We were all shocked, and we said yes right away; the prosecutor took two weeks to think about it and finally agreed.

This case changed me. It definitely got my attention and made me more aware. I became a stronger woman who now speaks her mind. In my courses, I also started to teach other women to speak their minds and take responsibility for what is happening in the world. If we want to see a change in the next seven generations, we need to take responsibility and make the change by speaking up and acting with resolve.

I no longer work with ayahuasca but instead conduct short ceremonies without any medicine. I invite the spirit of Aya and master plants and sing icaros, and people experience her spirit and even have visions and heal their mind and body.

As to the future, I hope that this case will shed a positive light on ayahuasca in the legal system and mainstream society.

I hope that people around the world who are using this medicine are soon permitted to use it legally and safely.

I pray that facilitators around the world will use the medicine in the most responsible and safest way.

I pray that cultures all over the world will recognize indigenous ways of healing with respect, love, and integrity for the sake of humanity. Amen.

Note: While Tal’s case was resolved much more favorably that it could have been, it left her with $20,000 in legal fees. Readers are encouraged to contribute to the Ayahuasca Defense Fund, which is dedicated to showing the benefits of ayahuasca or any other psychedelic through testimony and legal support. Contributions can be made through either the Multidisciplinary Association for Psychedelic Studies or the International Center for Ethnobotanical Education, Research and Service. Both organizations have non-profit status, so all donations are fully tax deductible. Please indicate on the donation form that the contribution is restricted to the Ayahuasca Defense Fund. 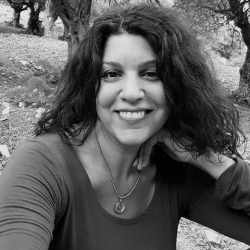 Tal Arnon
Tal Arnon has an MA in Somatic psychotherapy from California Institute of Integral Studies. She has private practice in Israel, where she conducts somatic therapy, trauma healing, and music healing from South America. Tal is leader of healing and related therapeutic events in Israel and teaches workshops to therapists to combine shamanic tools with modern psychotherapy. She also teaches workshops about traditional Icaros. Tal lives close to nature as part of a beautiful spiritual tribe in Israel.

Tal Arnon has an MA in Somatic psychotherapy from California Institute of Integral Studies. She has private practice in Israel, where she conducts somatic therapy, trauma healing, and music healing from South America. Tal is leader of healing and related therapeutic events...