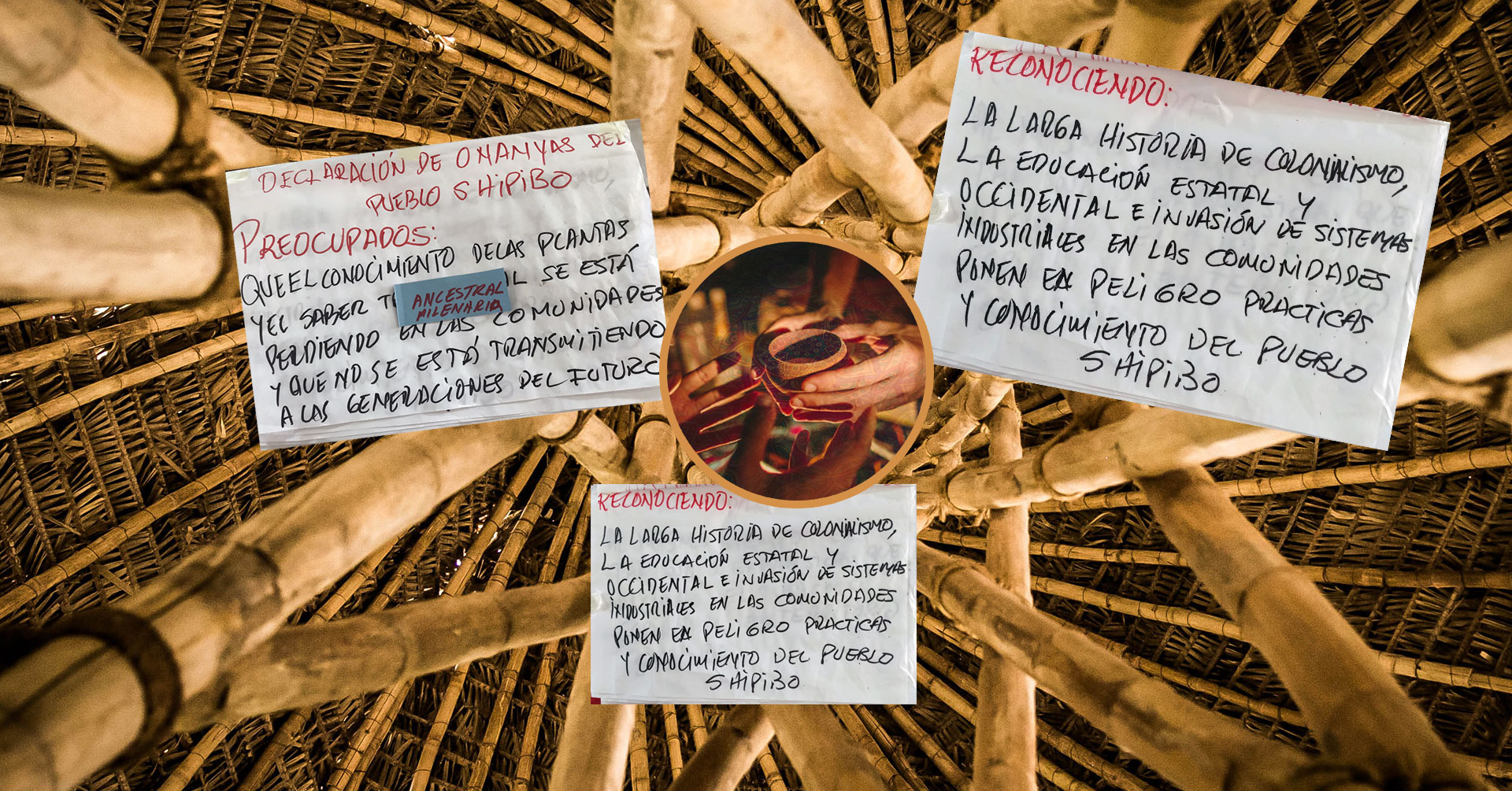 Pre-occupied that the knowledge of plants and practices of the Onanyabo – Ancestral Shipibo Healers are being lost and not transmitted to future generations.

In the long shadow cast by the murder of Maestra Olivia Arévalo Lomas at the hands of a Canadian ayahuasca tourist, Coshikox (Consejo Shipibo-Konibo-Xetebo), the representative body of the 35,000 strong Shipibo-Konibo-Xetebo people of the Peruvian Amazon, called the first ever convention of their practitioners of ancestral medicine in the city of Yarinacocha.

They quickly formed a union of healers, rejecting the terms ‘shaman’ and ‘shamanism’ as imports that did not capture the historical specificity of their work; the Shipibo term Onanya (Onanyabo in the plural) was adopted and accordingly, the union was named The Shipibo-Konibo-Xetebo Association of Onanyabo/Ancestral Healers – ASOMASHK.

The convention also issued a declaration, dubbed the Declaration of Yarinacocha, calling for a politically conscious and anti-colonialist set of practices that take into account power differentials, economic inequality and the social reality of Shipibo communities, given the enormous foreign interest in plant medicine. Taking a strong stand against spiritual extractivism and in full solidarity with the Shipibo-Konibo-Xetebo struggle for sovereignty, we assert our full support for the declaration and its principles.  [Read more…]

A year after the formation of ASOMASHK and the Yarinacocha Declaration, and in view of AYA 2019, the 3rd World Ayahuasca Conference held on May 31st in Girona, Catalunya, Spain a Pronouncement of the Shipibo-Konibo-Xetebo Nation On the Globalization of Ayahuasca was issued.  [Read it here]

The Yarinacocha declaration was issued on August 19th 2018 at The First Convention of Shipibo-Konibo-Xetebo Traditional Medical Practitioners. Translation by the Shipibo Conibo Center of NY (read the original Spanish version here).

Pre-occupied that the knowledge of plants and practices of the Onanyabo – Ancestral Healers are being lost and not being transmitted to future generations;

Recognizing the repercussions of colonialism, state-based and Western education, and the invasion of industrialization, which has threatened the ancestral practices and knowledge of Shipibo-Konibo-Xetebo Peoples;

Recognizing the great expansion of spiritual tourism in Amazonian territories, and that the international interest comes with opportunities as much as dangers for the on-going development of ancestral knowledge;

Recognizing the importance of coordination and agreements between Onanyabo for confronting the opportunities and for discussing strategies to address the problems of our communities, which have been dramatically highlighted by the assassination of Maestra Olivia Arévalo Lomas;

This was originally published here at the Shipibo Conibo Center of New York. 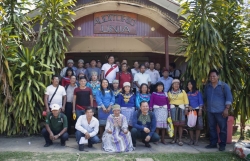 Shipibo Conibo Center of New York
The Shipibo Conibo Center is a broad experiment in art, culture, politics and the afterlife— an art project in the form of a nonprofit cultural organization headquartered in West Harlem, NYC. Within the setting of contemporary art and knowledge production, the Center promotes and perpetuates the creative life-ways of the Shipibo-Konibo People of the Peruvian Amazon in such a way that would benefit its practitioners. With a focus on indigenous self-determination and territorial sovereignty as well as visual arts, music, and ethnobotanical research— which in the Shipibo-Konibo lifeway are inseparable realms— the organization’s mission is motivated by the conviction that indigenous identity does not belong to a romanticized ancient age, but rather to a technologically-anchored and sustainable future.

Becoming a Master of Ayahuasca Takes Courage, Endurance, and Respect

The Dangers of the Ayahuasca Tourism Boom

The Shipibo Conibo Center is a broad experiment in art, culture, politics and the afterlife— an art project in the form of a nonprofit cultural organization headquartered in West Harlem, NYC. Within the setting of contemporary art and knowledge production, the Center...